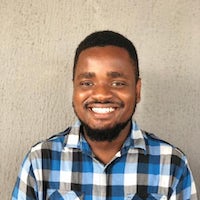 When contributing to open source organizations, one will notice the need to follow coding standards and conventions to have your pull request reviewed and merged.

It’s the same with mature companies, and a lot of startups too: they all like to follow the coding standards of their chosen programming language.

This process is what is referred to as linting. When organizations lint their codes, and follow coding standards, everyone is happy. But can we have this same setup in our private accounts? Can operate like these organizations in our repositories? The answer is yes we can and I will show you if you stick around.

At the end of this tutorial we will:

Linting is referred to as the process of analyzing source code to flag programming errors and stylistic errors. Linting, when done, can detect formatting discrepancy, errors in your program and ensure you adhere to coding standards and conventions.

Linters (a tool for linting) ensures you follow best practices, make your code readable, and easy to maintain, and save time. Organizations use CI tools to automate their linting and also ensure that future contributors to that codebase follow lint rules.

Every language uses their own set of lines so I’d list three linters with three programming languages below:

For the focus of this tutorial, we will focus on linting python codes.

Setup TravisCI and Integrate TravisCI to your repositories

In the previous section, we talked about organizations using CI tools to automate their linting. But what is CI?

Continuous integration is a software development practice where developers regularly merge their code changes into a central repository, after which automated builds and tests are run. Continuous integration most often refers to the build or integration stage of the software release process and entails both an automation component (e.g. a CI or build service) and a cultural component (e.g. learning to integrate frequently). Travis CI (c’mon it’s in the name) is one of those tools used by organizations to automate their testing for lint. A lot of open source organizations use Travis for their automation and we will mimic them in automating our check for lint.

Travis CI has all the required steps to set up in their documentation so it will be redundant to have to type it out here. Do check out their documentation here . Once you’re done with this, Travis is all set up and linked with your account. To integrate Travis with your repositories, you need to add a .travis.yml file in your project-level directory to trigger a Travis CI build.

Now we made mention of linters in Python earlier, so we’d pick two from there and use: flake8 and pylint. We will check the following code with the packages.

Save the above code in a new file called app.py Then we create a requirements.txt file with the contents below:

We choose these packages because Travis CI will need to run a test and what better package to use that pytest package. Pytest is used for running tests and will be expanded upon in subsequent articles.

Note: The following sessions should be done individually. Use the flake8 package first, watch the results, and after you fix it, return your code to the format above and test with pylint. This is done so you see the differences between both packages and you choose the one you love the most.

Flake8 is a tool for style guide enforcement. This means flake8’s principal purpose to ensure you style your codes properly. It’s “the wrapper which verifies pep8, pyflakes and circular complexity”. To set it up in Travis, create a Travis YAML file as you were told above, and add the following code to it.

Pylint is a bit different from flake8, it’s the full dose really: it checks style guide, programmatic errors, and follows best practices. Some even say pylint is too strict in its rules (well it’s true and you’d see it) so some people use black instead of pylint. We'd do the same setup as above Edit the file .travis.yml above to use pylint

It follows the same explanation as above and this time we’re executing pylint to check instead of flake8.

The final code after testing with both flake8 and pylint becomes

Now if we push our codes to the git repository, the tests pass successfully. If you check the email linked to your git account, you should see a congratulatory message saying you’ve fixed the build.

We have seen what linting is, how to add Travis CI to our git environment, and used the linters in Python to test our code against Python rules. You should know you can also use Travis to test if your code does what it is supposed to do. That is called Test-Driven Development and we will talk a lot about that in our upcoming Pytest series.

Till then, enjoy the power of automation!